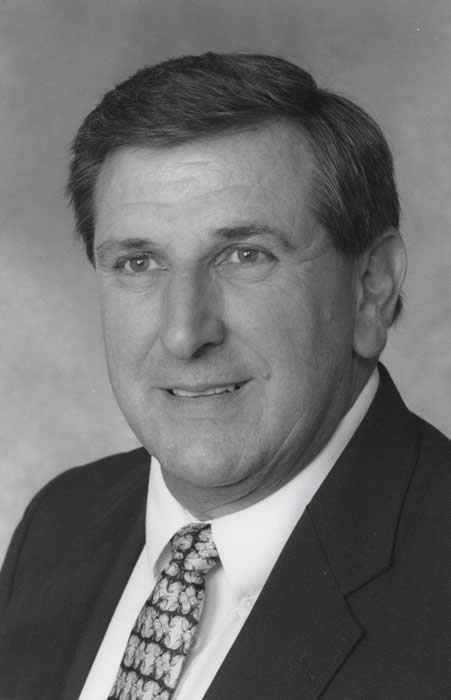 Sometimes surpassed by the overwhelming success of Branford Sports is the realization that this town has many sports families enriched in tradition. While there are many to mention, the name “Aguzzi” is one such family that has breathed life into Branford athletics from generation to generation.

Born on May 5, 1943 Bob “Tomo” Aguzzi attended Branford High School and was a two sport athlete from 1957 to 1961.  As a basketball player and baseball player, he captured the entire town with his passion for the game, his concern for team success and his desire to be the best at whatever challenges he encountered.  As a guard on the Hornets basketball squad, he was one of the team leaders in scoring and assists while playing for fellow inductees Stan Petela (inducted in 1989), Joe Chandler (1990) and Tom Murray (1992).  In his senior season, Robert led the team as high scorer in seven of the teams 18 games, including the game of the year – a 50-47 upset over arch-rival East Haven High School.  He was a teammate of fellow inductee Robert Tobin (1996).

As a member of the baseball team, he was an All-Housatonic League player in 1960 and 1961 and was captain of the team in his senior year, coached by Gerald Crotty.  Tomo led the hornets in batting that year,

Following graduation in 1961, he attended McKendree College in Lebanon, Illinois where he earned his B.S. degree and lettered in golf, tennis and baseball on the varsity level.  Later “Tomo” attended Southern Connecticut State University, where he received his M.A. degree before moving on to teaching Physical Education at the Jared Eliot Middle School in Clinton.  While there, “Tomo”  coached the middle school teams to several titles in baseball and basketball. He chaired the Physical Education Department and in his term helped acquire a new middle school gymnasium.

After being a player at Branford High School and McKendree College, tonights inductee became a baseball coach for nine years for Morgan High School in Clinton, Connecticut.  During his tenure there, Morgan qualified for the state tournament eight of the last nine years advancing past the first round of play every year and the semi finals three times.  The most memorable qualification in the state tournament came in 1991 when Morgan had to win its last three games to reach the playoffs.  They advanced all the way to the semi-finals as the last seed.  While at Morgan, “Tomo” had the baseball team ranked as high as fifth in state tournament play and in the top ten of the New Haven Register and Hartford Courant polls.  In 1996, he received the Morgan Booster Club Coach of the Year Award and led his team to two consecutive Shoreline Conference Divisional Championships (1997 and 1998).

Tonight, Bob enters the Branford Sports Hall of Fame with his father, the late Alfred “Doc” Aguzzi (inducted in 1989).  “Tomo” is married to his wife, Teri, and the father to son, Robert and daughter, Carrie and brother to Richard.  Family deceased members include Bob’s mother, Estelle Aguzzi, and younger brother, Alfred “Allie” Aguzzi.  When I received the news about my induction, I literally cried.  The award hit home right away and I thought about my immediate family.  “This is a tribute to the Aguzzi family and to the dedication and sacrifice that was put forth and was carried over by being born in the town of Branford, said Aguzzi