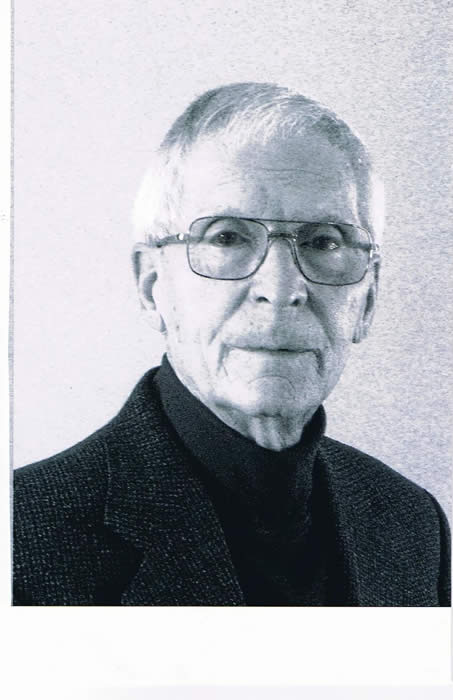 Bob Mason grew up in Branford and was a two sport athlete at Branford High School, representing the town on the football and baseball teams, graduating in 1952. He was a serious competitor and an effective team leader, never missing a practice. A four year varsity athlete with the Hornets, Bob played all four years for fellow inductee coach Warren B. Sampson, Jr. (1992) and was co-captain in his senior year of the baseball and football teams. He loved all sports, often assisting Coach Warren with his gymnastic class. Bob was a skilled athlete and cherished his time at Branford High. He was also the senior class treasurer.

Bob was an important player of Branford High School’s highly regarded baseball team. He was known as a speedster and a hitter, helping Branford High to victories against tough Housatonic teams such as Shelton, Derby and Wallingford. He was a member of an amazing baseball team that loved to play. Along with fellow teammates Lou Locarno (’96), Pete Ablondi (’92) and Blake Lehr (’97), there were many memorable games for Bob. In May 1950 against Derby (12-11), Bill Ahern (inducted in 1988) wrote: “in the three hour battle, the force of the win was supplied by Bobby Mason, who completed a perfect 5 for 5 at bat”. The 1950 team was considered one of the most talented teams to don the Hornets uniforms due to the many experienced players Coach Warren Sampson returned that year.

Bob joined the Branford Townies in August 1951, just before entering his senior year at Branford High, a notable feat considering that he competed with college players. In his debut as a Townie against the New Haven Mondrones, (1-0) he had the lone run that came in after he singled and stole second in the fifth inning. The game was a two hitter, with expert pitching from fellow inductee Mel Bigelow (2001). On the 1952 Shoreline League team, coached by Frank Grandel, Bob was just out of scholastic ranks and leading the team in batting.

Although Coach Sampson’s 1951 football team was reported as not ready for opening day due to graduation loss, and the team players as “only average”, the team became an unexpected major threat in the Housatonic Football League, ending the season with a 4-3-1 record. Bob’s talented teammates included Butch Gordon (1994), Joe Paul (1993), Bob Massey (1994) and Billy General (2005).

**September 29th against Derby (25-0), Bob scored all four touchdowns, one a 64-yard dash, even though he wore a steel knee brace due to an injury in his sophomore year that sometimes hindered his effectiveness.

**The Hornets against Seymour in October (45-31), a five touchdown second period, was reported by Bill Ahern as “the greatest ten minutes of scoring in the 27 year history of high school athletics”.

**Thanksgiving Day against unbeaten, untied and unscored-upon East Haven, (7-6), Bob threw the lone pass to Joe Paul before a crowd of 4,000 that moved Branford into a triple tie for the Housatonic League championship. Branford wouldn’t beat East Haven again for the championship (both teams undefeated) until the great Thanksgiving Day game in 1958.

Following graduation, Bob served in the Air Force from 1952 to 1956. After six months of training in Wichita Falls, he was stationed in Ellsworth Air Force Base – Strategic Air Commander and played on the Base baseball team.

After returning home, Bob worked for Sikorsky Air Craft for two years as technician and mechanic, and then went to MIF in Branford for 20 years, working his way up from Expediter to Production Control Manager. Bob attended the University of New Haven and held managerial positions in various companies, ending his career with Easter Seals of Waterbury as Sales/Workforce Center Consultant.