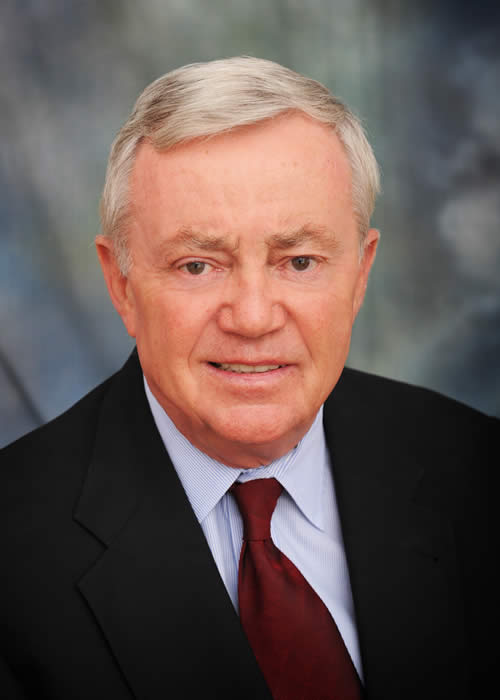 Few individuals in recent history have given so freely of their time, energy and expertise for the betterment of the Branford Community, especially when sports are involved, as Bill O’Brien. Tonight, on the twenty-fifth anniversary of the Branford Sports Hall of Fame, it is appropriate that we induct O’Brien, who is the co-founder of the Hall of Fame. Modest to a fault, for years O’Brien was reluctant to accept this honor, but true to his commitment to the Hall of Fame’s openness in selecting inductees, the unanimous vote of the committee could not be denied.

A native of New Haven, Bill O’Brien is a 1958 graduate of Notre Dame High School where he participated in football and other school activities. In 1962, O’Brien graduated from Quinnipiac University with a B.S. and played basketball for two years. After serving in the US Army reserves he began a career in banking. He subsequently attended banking schools at Williams College, University of Oklahoma, University of New Hampshire and the University of Colorado. During his 42 year career in commercial banking, O’Brien earned a reputation for being a leader in the banking industry in New Haven area and an important contributor to the wellbeing of the Greater New Haven community. He rose to the rank of Senior Vice President at Lafayette American Bank. He retired from New Alliance Bank in 2005.

His life-long commitment to athletics continues to be manifested in his involvement in the Walter Camp Football Foundation for nearly 40 years, serving as its President from 1979-1981. In addition, O’Brien has been a board member of the nationally recognized New Haven Road Race since 1981 and served a two year term as President from 1989-1991. Since the time the Southern Connecticut Conference was formed, he has been its major leader, serving as Commissioner of this high school conference from 1994 until 2005. He continues his close association with the conference’s 22 schools as Commissioner Emeritus, raising funds through sponsorships for academic, artistic and athletic activities.

Bill O’Brien has held several prominent leadership roles in the community, including Campaign Chair of the Greater New Haven United Way, Campaign Chair for Notre Dame High School’s $2 million ‘Light on the Hill’ Capital Campaign, co chair of Hannah’s Dream Playground Project in New Haven, fundraising chairman of the Daniel Cosgrove Branford Animal Shelter and co chair of St Mary’s Church Parish Center Campaign. O’Brien’s many other activities include service to the Branford Economic Development Commission, the Connecticut Special Olympics, the Archbishops Annual Appeal, Branford Board of Recreation, Chairman of the Branford Festival and Grand Marshall of the Branford Memorial Day Parade and the New Haven St. Patrick’s Day Parade. He also served on the Board of Directors of Greater New Haven Chamber of Commerce and the Quinnipiac University Board of Trustees.

O’Brien has been a National Football Foundation member since 1987. He was elected chapter President and Treasurer in 1992. He has provided key leadership for the New Haven chapter’s activities including the annual Scholar Athlete Dinner and Hall of Fame Classic All Star Game vs. the Fairfield County chapter’s team each July.

Recently, O’Brien was selected to become a member of board of directors of The National Football Foundation & College Hall of Fame (NFF). In announcing O’Brien’s appointment, NFF Chairman, Archie Manning, said “We are extremely pleased that Bill O’Brien has agreed to join our board. The chapters play a critical role in our efforts, and Bill has been in the forefront for nearly three decades of the grassroots efforts of our chapters. His experiences and insights will serve as a great resource for the national board as we look to empower the chapters to expand their efforts in building leaders through football.” The New Haven Chapter was founded in the 1962 and has recognized over 1100 scholar athletes from New Haven County. O’Brien has been involved with the National Football Foundation for 27 years.

O’Brien and his wife Maureen reside in Branford, Conn. They have a son Gregory and three grandchildren, Ethan, Jamison and Mikella. Their son, Michael, passed away in 2006.