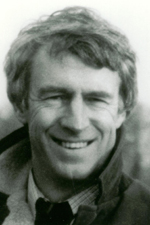 Honor, courage, and commitment detailed the life and times of 1996 Branford Sports Hall of Fame inductee Barry G. Royden as a three sport scholar athlete in high school and college, as a serviceman in the United States Air Force, and as a teacher of intelligence at a Department of Defense Institution.

Born on April 4, 1938, Barry attended Branford High School, graduating in 1956.  At Branford, he participated in basketball and baseball for four years and football for one.  In his only year in football, Barry caught seven touchdown passes as a receiver in his senior year and made Honorable Mention All State as a teammate of 1994 inductee Americo “Skip” Sciarra and played for 1992 Branford Sports Hall of Fame inductee Dominic Cote.  That year, Branford earned a 7-2 record, starting off the season with seven consecutive wins over St. Mary’s (30-0), Derby (19-13), Lyman Hall (34-6), North Haven (6-0), New Cannan (7-6), Seymour (30-0) and Southington (27-21).  The win over Southington ended a 3 year unbeaten streak.  Unfortunately, the Hornets lost their last two games by identical 13-0 scores to Shelton and East Haven.

In basketball, Barry was coached by 1989 inductee Stan Petela.  In his junior year, Barry and the Hornets earned an opportunity to play in the Class B Tournament, following a regular season record of 11-8.  In the tournament, Branford fell to Darien in the first round.  In his senior year, he was the co-captain of the basketball team which finished with an 8-9 record.  Despite missing several games with pneumonia Barry scored as many as 23 points in a game for the Hornets.

As a baseball player, tonight’s inductee was viewed as a classic, hard-throwing right handed pitcher for the Hornets.  Barry captured a record of 11-4 in his senior season before losing in the semi-finals of the state tournament.  The Hornets finished with a respectable second place finish in the Housatonic League race with a 12-4 record.

After graduating from Branford, Barry attended Trinity College in Hartford, where he earned three letters in basketball, one letter each in baseball and football.  During his season, he was captain and Most Valuable Player of the Basketball team, which finished with a 14-4 record.  That year, he was listed as a 6’0’’ guard who moved into the playmaker slot for the Bantams.  He made 120 field goals, 32 free throws for a total of 272 points, a 15.1 per game average.  Following the season, he was named to the New England All-Star Team.

Following college, Barry served three years in the United States Air Force from 1961 to 1964.  While there, he was selected to the Tactical Air Command All Star basketball team and played in the All-Air Force tournament.  He has served 33 years with the Central Intelligence Agency with overseas posting in Guatemala, Mexico, Panama, Chile, El Salvador, West Berlin, Argentina and Thailand.  Barry is currently assigned to the Joint Military College, a Department of defense institution where he is teaching intelligence.

Married to his wife, Brenda, Barry is the father to six children: Amy, Lisa, Sarah, Michelle, Suzanne and Jonathan.  “The opportunity to be inducted into the Branford Sports Hall of Fame with so many Branford athletes that were heroes of mine-Joe Paul, Joe Chandler, Bill Hinchey and others that I knew personally and have respected, is a real proud feat,” said Royden.