Inductees by YearJohn A. Smith 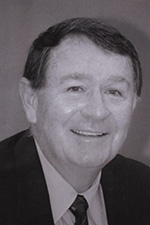 “If you build it…HE will come”

Perhaps this great White Sox baseball player did not have 2006 Branford Sports Hall of Fame inductee John A. Smith in mind when he spoke these words , but they truly attest to the exceptional vision tonight’s inductee had in developing  recreation soccer in his adopted hometown of Branford.

A 1965 graduate of Dedham High School in Massachusetts, John played football, baseball and ice hockey. As a member of the Dedham varsity football squad, John played in his junior (5-3-1- record) and senior year (6-2-1) which included big wins versus its archrivals- Norwood High School. As a hockey player, Dedham made the state tournament in his junior and senior year.  During the 1964-65 season, John was a league all-star on the team which lost in the state quarterfinals and finished with a 9-3-1 record.  He  was voted “Most Athletic” by his classmates. Following graduation, John attended Colgate University, where he played hockey.

John became involved with soccer around the time, his son, Ian began to play.  Not being a soccer player himself, he learned enough about the game to coach, named the field and equipment manager in 1985, and later become the Branford Soccer Club President.  Under his leadership, the club immediately began to grow.  He envisioned a more comprehensive program and soon added an in-house “juniors” program for younger players and integrated girls into the program.  The club helped organize summer camps, which included the initation of the Victory Soccer Camp and encouraged players to try out for premier soccer teams.  John worked successfully to secure fields for players to use in fall, spring, and summer leagues.  Because of John’s dedication and hard work, the soccer club membership has grown from 125 players to 650 players, and helped develop a program that had no fields or equipment to today’s premier soccer facilities.  In 1995, John was a major player in gaining a grant for the Flax Mill Soccer Field irrigation and renovation project.  He was the driving force in taking a small program that had no fields or equipment and turning it into a first-class program that can boast of premier soccer facilities.

In 1996, John started a woman’s soccer program and created the Branford Soccer Club Men’s and Women’s scholarship program. The following year he created the U-23 college summer league for Branford players.  In 1999, John expanded the junior soccer program and initiated the four and five year old program.   Throughout his coaching career, this outstanding soccer mentor has assisted 24 men and women to further their play on the collegiate level, two of whom were selected for the Regional Olympic Team.

John has devoted over 16 years of service to town government in many capacities including: RTM member for 16 years, Majority Leader, Chairman of the Education Committee,  and a member of the Administrative Services, Rules and Ordinances and Public Service Committees.

Residing in Branford with his wife, Connie, John, is father to sons, Ian and Cullen.