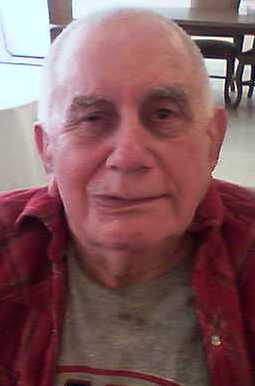 Vincent Cassella was born October 22, 1914 in New Haven where he grew up on Porter Street with his family in a 3 family house owned by his father, Michael; He was a graduate of Hillhouse High School, the oldest of 6 children and the son of a stone mason who owned his own business, Michael Cassella & Co.

After marrying the “love of his life”, Marie Cirigliano he moved to Branford where they raised 3 children. Together with his father and brother they built his dream house at 61 Palmer Road, drawing up the plans himself (which are still in the possession of his family); He worked as a mason, a trade he learned from his father and continued his love of sports and baseball when in 1954 he began coaching Little League in Branford.

This also began his lifelong involvement with the Branford Community House and the then director, Joe Trapasso. He became a member of the Board of Recreation where he served for 50 years! During this period, Vincent was a key member of Joe Trapasso’s innovators who gained national attention for the development of Branford’s outstanding recreation program. They upgraded Hammer Field facilities; built a Little League Park and Sliney Park near the Indian Neck School; built the new Community House on Church Street and Veteran’s Park in Brushy Plains; organized the “Golden Age Club”, a forerunner of the Canoe Brook Senior Center and a square dance program; developed the Frank Kinney Sr. Invitational Basketball Tournament for grades 4-12, and the Joan Bradley Invitational Tournament for Girls, grades 4-12 (one of the first girls’ basketball tournaments in the country); the Branford Tennis Tournament; the Carl “Hop” Nuzzo Softball Tournament, which drew teams from every corner of the state; grade school and Jr. High school football, basketball and baseball leagues, promoted folk music “sing alongs” and teen dances, including Christmas Semi-Formals, as well as countless other programs too numerous to detail here. Using the organizational and motivational skills, he first developed as a teen with the Porter Street Clubs, Vincent’s innovational thinking and behind the scenes leg work, were critical components for the Branford Recreation Board’s great achievements.

For Vin, baseball became a family affair with his wife and children attending many of the games. His baseball team was called the “Vets” which rose to play in the All Star League; He later went on to umpire baseball and softball games in the 60’s and 70’s. He became known to many Branford residents, in some cases several generations, as he umpired Branford residents and their children.

His baseball involvement and umpiring continued for many years until finally age and the physical effects of Parkinson’s Disease made it necessary for him to retire. He was an avid Yankee fan throughout his life and, in general, a sports fan (baseball, basketball, football) and would often be seen at home watching a game on TV with the radio next to his ear as he listened to another game, so as not to miss a beat. He was a member of the Knights of Columbus, and a regular communicant of St. Mary’s Church where he ushered at Sunday mass.

For the past five years until his death on May 19, 2012 at the age of 97, he resided in a local nursing home; this did not deter him from his love of sports or the Yankees. He was a regular viewer of TV sports with other Yankee fans at the home cheering them on to victory and always watching the umpire’s calls to be sure they were on target.

Several of those Branford residents who knew him through baseball remain in the Branford and shoreline areas today and remember those early days and Vin’s coaching and umpiring. Vin’s contributions to baseball have been many during the years he lived in Branford, but are summed up best by some of his former little league players: