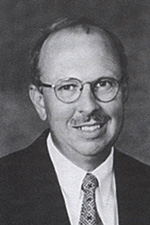 Included in all of the accomplishments that 1999 Branford Sports Hall of Fame inductee Ted Kaczynski achieved as an athlete, a coach, an educator, or as a role model, came many commendable traits. Character. Integrity. Dedication. Professionalism. Humility. Strength.

Ted attended  Branford High School from 1963 to 1967 and was a two sport athlete in basketball and baseball. As a teammate of 1997 Hall of Fame inductee Dave Maloney on the Hornets basketball team, Ted  led the squad in his junior season to a 16-4 record and was an All-Housatonic League selection, as he averaged 15.2 points per game, good for second best on the team.  In his senior season in 1967, Branford won 18 and lost 2 , were crowned Housatonic League champions for the first time in over 20 years, and advanced to the C.I.A.C. Class B Semi-final Tournament game, losing to Abbott Tech, 70-61.  During that season, Ted collected 389 points to  lead the Hornets and was second in scoring average with 19.5 points per game. Tonight’s inductee was a teammate during this season with Hall of Fame inductee Jerry Schmitz (1996) and 1999 inductee Joe Roberti.   As a four year letterman for the baseball team, Ted led the team during his senior season with a .308 batting average.

Following graduation in 1967, Ted attended Cheshire Academy, where he played basketball and named on the 1st Team All New England Prep Team.  From 1968 to 1972, he attended Southern Connecticut State University and was a three year starter on the Owls basketball team.  In his freshman year (1968-69), the Owls were North East champions, finishing with a 16-7 win/loss record.  As a captain of the 1972 team, Ted finished with a career scoring average of 10.2

In his continued passion for basketball, Ted began his coaching career as the Head Assistant Basketball coach at Southern Connecticut State University from 1972 to 1977. In 1980, he took the girls varsity head coaching position at East Haven High School until 1983. In 1983, Ted switched head coaching jobs – this time assuming the role for the East Haven boys basketball team for four years (1983 to 1987). During the 1983-84 season, the “YellowJackets ” , were crowned Housatonic League Champions with a 17-6 win/loss record.

In 1987, Ted accepted the position of varsity boys basketball coach at Branford High School. Ted led the Hornets to a 17-6 win/loss season and Housatonic League Championship.  In 1991,Ted was named girls varsity head coach for Branford. In his first year at the helm, Ted and the Lady Hornets finished with a 15-8 record and reached the finals of the Housatonic League tournament.  In achieving high spirits and confidence, the Hornets advanced all the way to  the state semi-finals during the 1995-96 season. Following an 11-9 regular season record, Branford defeated Bullard Havens (76-33), Ridgefield (43-42), and Wethersfield (39-36), before being defeated in the semi-final game at the hands of Bristol Central, 52-50 in the state tournament.  Branford again displayed its post-season charm during the 1997-98 season as Ted coached his squad to the quarter-finals of the state tournament before losing to St. Joseph’s, 48-45.

An employee at the Joseph Mellilo Middle School in East Haven since 1972 as a Guidance Counselor, Ted is married to wife, Diane, a teacher at the Mary R. Tisko School, and  is the father to daughter, Kara, and son, Jeff.